Recommended weapon of the MH:World

Hi I’m shiro. I have played the monster hunter series since MH3G was released in Japan and I’m looking forward to MH:world also. I played its Beta test and I found a weapon which I want to recommend for MHW beginners and starters.

The weapon is hammer. 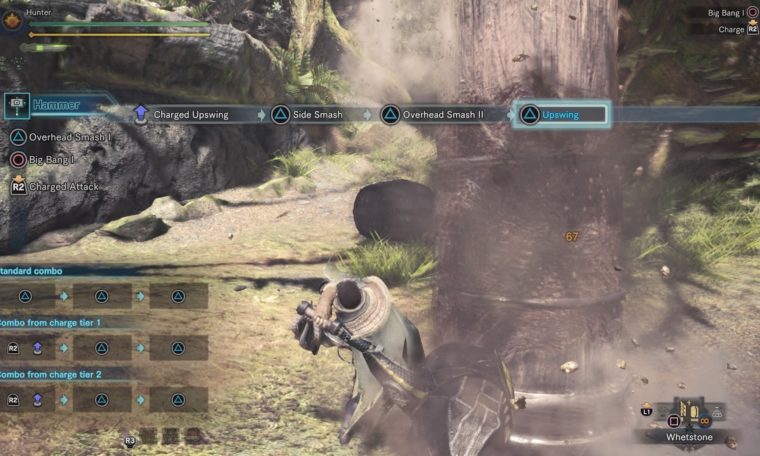 Strength of the hammer

*Its moveset is simple and easier to learn than other weapons (ex. Gunlance or Charge blade).


*It makes monsters stun and take their stamina easily.

Weakness of the hammer

*You may blow your teammates off by its some actions on online play, like upswing. You need to take care around if you play with them.


*It is unable to cut monsters’ tail because it is a blunt weapon. You need to find alternative ways (strip materials or ask your companions to cut it.. ) if you want it.

You can do [Power charge] by hitting circle while you are charging. Its buff effects are ..
*Added 7% plus damage point
*Some actions’ movements are changed, charge Lv2, Lv3 and so on.
*Super armer is added.
*It’s discharged when you put your hammer back or are knocked down by a monsters’ attack.

I think we should use it as much as possible we can because It gives powerful buff.

A playing movie of the hammer

1:38-
(Combo)
Charge Lv1(stopped the 1st blow) -> Left stick & triangle(Side smash) -> circle(5 times in a row)
Giving a combo to paralyzed Rathalos, The side smash which can be drawn quickly, It’s useful. 2:11-2:16
Special charged big bang after the power charge 2:42-
Delaying Charge Lv1 attack, The most of the hammer’s attacks accept delaying button inputs. It would make your fighting more flexible. 3:53-
The circle 5 times combo looks like the easiest way when monsters fall down. I think the hammer is one of good weapons to learn basic playing of the MH world ( ‘ω’)b
スポンサーリンク